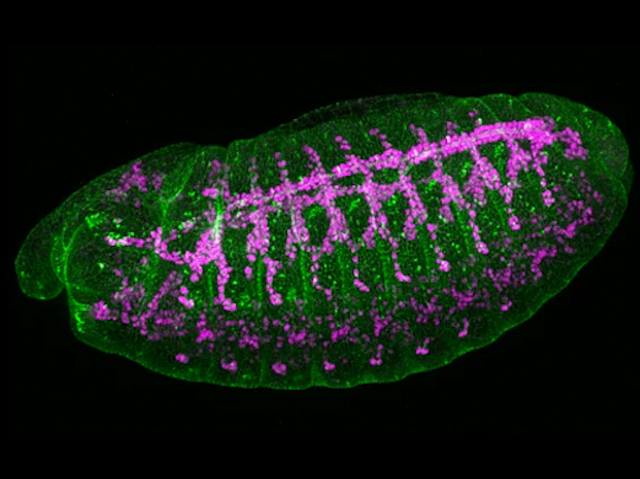 More insight into the genetic control of embryonic cell development

A cell in a developing embryo has two important choices: where to go and what to do. Getting either of these decisions wrong can have catastrophic effects, altering normal organ growth or even causing a complete failure of development. The pink structures in this image of a developing fruit fly embryo are the cells that will eventually form the animal’s tracheae – the tubes through which it breathes. These structures start from thickened patches of cells which buckle inwards to form pockets that lengthen out into tubes. Researchers have discovered that a gene called ‘trachealess’ helps to direct this process, turning other genes on and off in the cells that build the tracheae. If any of these cells accidentally go astray, they switch their trachealess gene off to avoid making tubes in the wrong place, helping to explain how embryonic cells make the right decisions in the earliest stages of development.