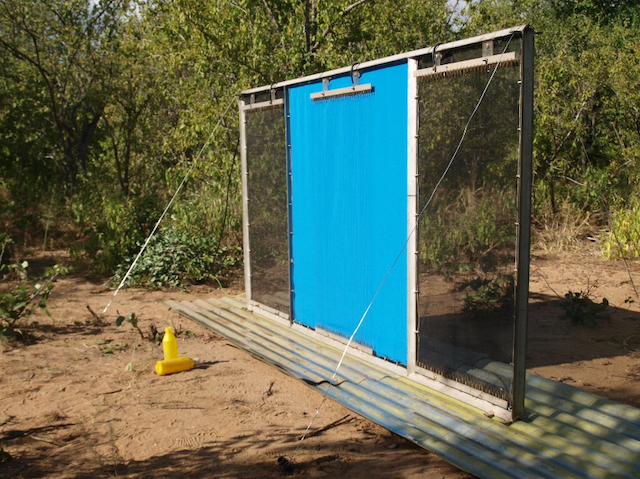 What’s a tsetse fly’s favourite colour? Red or green? How about purple or gold? For people in sub-Saharan Africa, figuring out the answer could be life-saving. Tsetse flies transmit parasites called trypanosomes that cause sleeping sickness (also known as trypanosomiasis) in humans and animals. Although its name sounds benign, the disease causes serious brain problems and is fatal if untreated. One idea for controlling tsetse flies is to use traps like this one, which use smelly chemicals to lure the insects on to an insecticide-covered cloth. These are usually black or blue but after studying the range of colours that the fly’s eyes can detect, researchers realised that the insects would more attracted to violet cloth. In tests, the violet cloth traps attracted around 50 per cent more female flies than black or blue ones, proving that a simple colour change could make a big difference for controlling tsetse-borne disease.