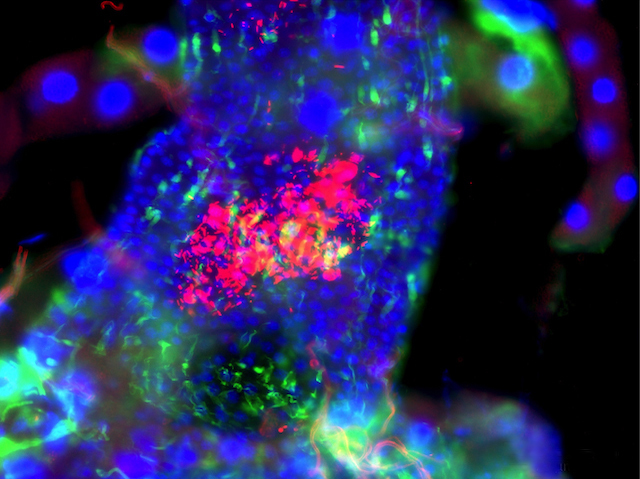 Mosquitoes are a menace. Their bites alone are enough to get under anyone’s skin, but it's their capacity to transmit diseases such as dengue and Zika that cause the most serious problems. In the ongoing battle to subdue these deadly passengers carried by mosquitoes, researchers have been investigating how they settle in the insect gut. Using a new tool, they genetically modified a particular protein (ompA, which helps form the outer layer of bacterial cells) belonging to bacteria common in mosquitoes, Cedecea neteri. The altered bacteria couldn’t form a film on the inside of the gut as it usually does (red in the adult mosquito gut pictured), highlighting the protein’s importance. As well as illustrating the role of this protein in the bacteria-mosquito interaction, the experiment showcased how this approach to genetic modification could be further used to investigate, and then counter, many mosquito-borne infections.