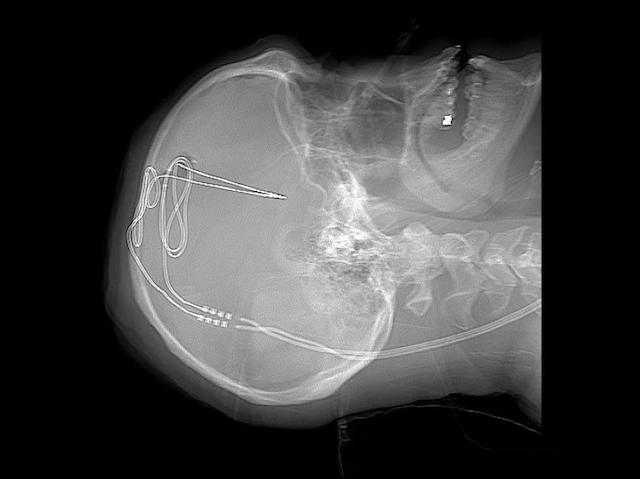 Since the age of 15, Gerod Buckhalter has been sober for no more than four months at a time. Now 33 years old, he’s become the first person in the United States to have electrodes implanted into his brain in an attempt to treat his severe opioid addiction. He’s one of over ten million people thought to be misusing opioids across the country, in what is being called an epidemic of addiction. Opioids include heroin and prescription pain relievers. Gerod was awake throughout the seven-hour operation to insert wires into his brain’s reward circuit. The deep brain stimulator will run from a battery behind his collarbone and will stimulate the release of dopamine. It’s hoped that this will reduce the cravings that have proven resistant to standard treatments. Similar devices are being developed as possible treatments for Parkinson’s disease, epilepsy and psychiatric illnesses.