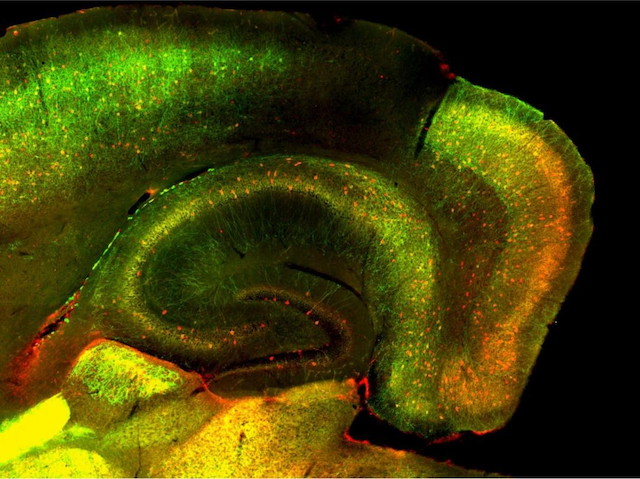 Why is it that some memories seem to be etched into our brains forever, while others are fleeting and forgotten? The answer may lie in the tiny red dots in this picture. They’re inhibitory nerve cells in the brain of a mouse, which damp down the activity of the cells around them. It was previously believed that memories were made primarily by strengthening the connections between excitatory cells, which send and receive signals in part of the brain known as the hippocampus, which is associated with memory. Using new genetic engineering and imaging tools, researchers have been able to study and manipulate the interactions between nerve cells in more detail than ever before. They’ve discovered that inhibitory cells also play a fundamental role in learning, helping to stabilise nerve cell connections and ‘lock in’ learning. This could be helping to prevent memories from being lost as we encounter new information.