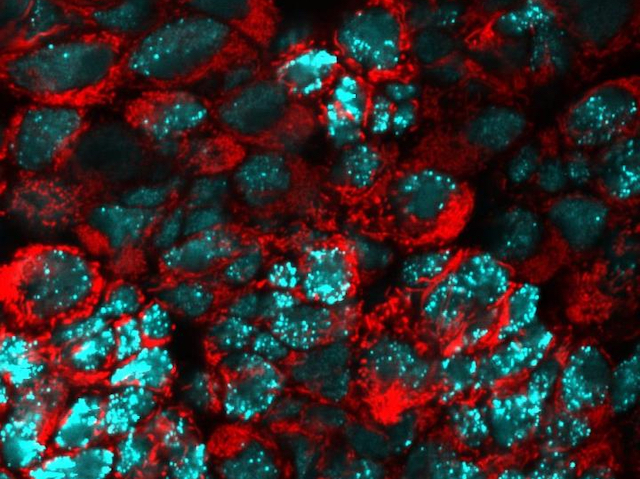 Picture an undead zombie, wandering endlessly on a crazed loop for all eternity. Now picture a cancer cell. Many cancers arise when cells go through ‘immortalisation’, and the regulation that normally marks the end of their natural life is blocked, allowing uncontrolled proliferation. To better understand this dangerous transition, researchers looked at the exact moment fruit fly cells became immortal, and closely tracked the associated metabolic changes, to see if they are a cause or result of the process. They found that the tumours used more oxygen than other cells, and that this oxygen-dependent reaction plays a key role in immortalisation. It involves the fusion of mitochondria – the power plants of cells – shown in red in the tumour cells pictured, and experiments showed that without this fusion, tumour cells could not become immortal, which might one day point researchers to new techniques for stopping cancers before they even begin.