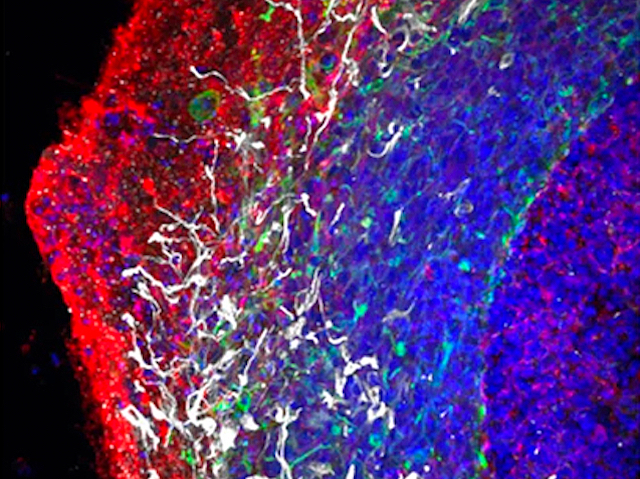 Hollywood actor Michael J Fox was diagnosed with Parkinson’s disease when he was just 29. It was young-onset Parkinson’s, a brain disease that can be caused by mutations in the gene PRKN, which codes for parkin protein. Defective parkin disrupts astrocytes, special cells that support nerve cells in the brain. Researchers now investigate the role of astrocytes in young-onset Parkinson’s by growing brain organoids from the stem cells of patients with PRKN mutations. Fluorescence microscopy of these organoids compared with normal organoids (pictured) showed fewer active astrocytes (white). This matched findings from fluorescence microscopy of the brains of patients with PRKN mutations, specifically in a region of the brain called the substantia nigra, which is affected in Parkinson’s. More research is needed to uncover exactly what this means for young-onset Parkinson’s patients but that’s now more feasible using brain organoids, which the team showed closely mimicked what happens in real brains.