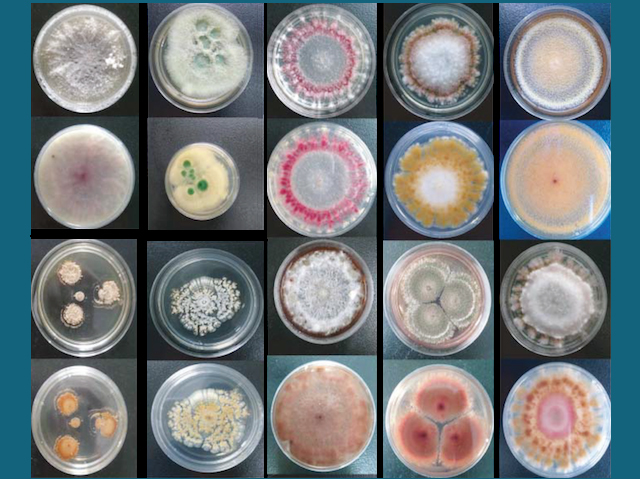 Used in traditional medicine and still inspiring modern drug development, plants and microbes represent a treasure trove of potential treatments for disease. Fungi in particular are a rich source of valuable compounds, from the original antibiotic, penicillin, to statins, commonly used to lower cholesterol levels. The incredible diversity of fungi, with an estimated 5.1 million species, means much remains to be discovered, so scientists are screening collections of fungi for useful products. In their latest endeavour, researchers gathered around 2000 samples each of soil and plant material from Asia, Africa and the USA, from which they isolated over 9000 fungal strains (examples shown here). Initial tests revealed promising compounds deserving further investigation: extracts from some fungi blocked the transmission of the parasite Plasmodium falciparum, responsible for malaria, to its mosquito host, while others had damaging effects on antibiotic-resistant bacteria like MRSA, highlighting the breadth of possible applications for fungal products.