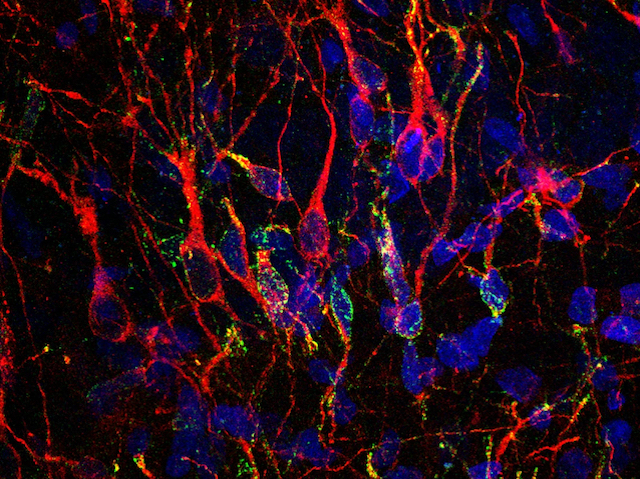 Learning new things and recovering after brain damage alters the way that nerve cells are arranged and wired up – a phenomenon known as plasticity. One way to do this is to make new nerve cells, but this risks interfering with the structures that keep long-term memories safe, particularly in the region of the brain known as the cortex. Larger animals, including humans, tend to achieve plasticity in a different way by reshaping the connections between existing nerve cells, strengthening some and breaking others. Another recently-discovered route is to keep the cortex stocked with immature nerve cells kept in a state of arrested development, like the ones in this image from a sheep’s brain, which can then be triggered to ‘grow up’ when they’re needed. Discovering more about these immature neurons – including whether they exist in humans – could point towards new approaches for treating brain damage or neurodegenerative diseases like dementia.