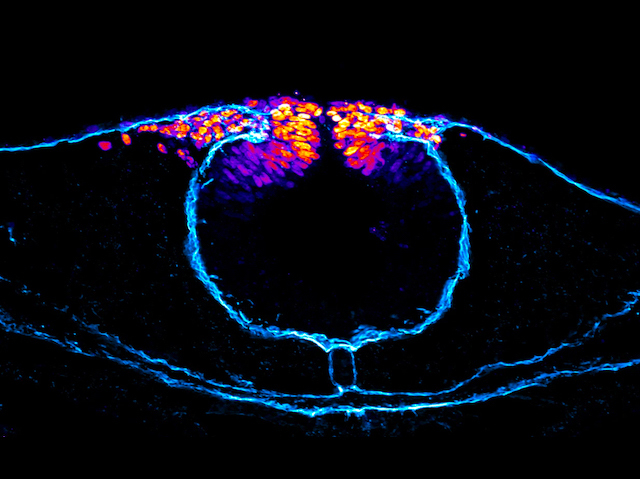 Many parts of your body – including most of your face, pigment cells and some types of muscles and nerves – start out from a tiny cluster of cells that are laid down during one of the earliest stages of development. Known as the neural crest, these cells migrate all over the developing embryo, eventually settling down and specialising into the appropriate parts. This image shows neural crest cells (orange) in a developing chicken embryo, just after they have started to migrate. Using this system, researchers have discovered that a gene called Hmga1 is involved in telling cells first to become neural crest and then go on the move. Problems with neural crest cells can lead to birth defects and diseases such as skin cancer (melanoma) and childhood nerve tumours (neuroblastoma), so understanding more about the role of Hmga1 could shed light on what causes these conditions and how to treat them.