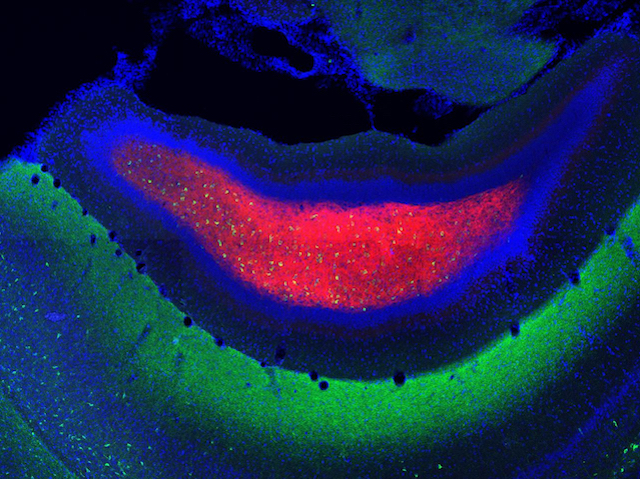 The sights, sounds, and smells of a new office or apartment can be a bit overwhelming at first, but the more time spent somewhere the less you notice your surroundings – until someone moves your favourite chair. Scientists have discovered a signalling pathway in the brain’s hippocampus that could be responsible for shaping these new contextual memories. When mice were placed in a novel environment, a flurry of signals were sent from one sub-type of hippocampal neuron (in red) to another. This activity reduced over time as the mice became more familiar with their surroundings but picked up again when they moved into a new environment. Temporarily blocking these neurons meant the mice forgot to avoid somewhere that had previously given them an electric shock. If this pathway can be confirmed in humans, it will help us to piece together the puzzle of how new contextual memories are formed.