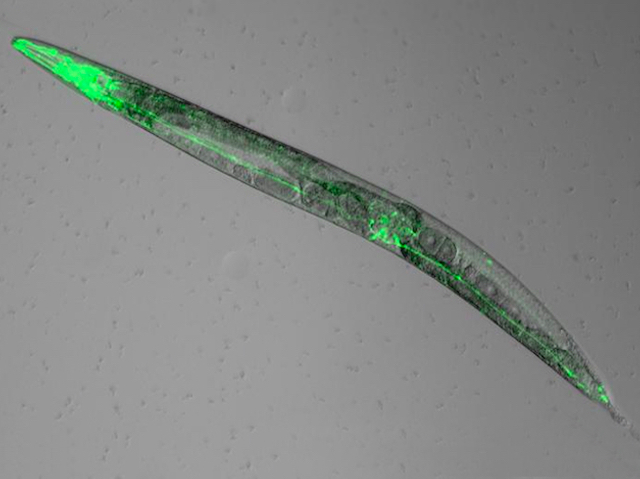 Melatonin is the brain hormone that makes our eyelids droop and brings on the Zs. Some people take it in pill form to help combat jet lag or to get a good night’s sleep, but how the hormone actually induces sleep is largely a mystery. To learn more about the molecular mechanisms of melatonin researchers are studying how the hormone induces sleep in the nematode worm Caenorhabditis elegans (pictured). Yes, worms sleep too! The scientists have found that when melatonin binds to its receptor (green) on the surface of brain cells, it activates a particular potassium channel, which in turn switches off communication between the cells. Worms that lacked either the melatonin receptor or the channel had trouble sleeping. It seems, then, that brain cells, much like kids at a sleepover, need to quit yapping to get to sleep. And, melatonin, much like a strict parent, enforces that silence.