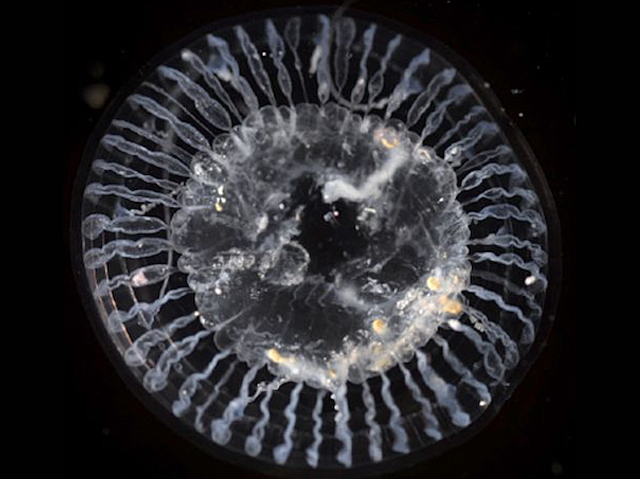 When green fluorescent protein (GFP) was discovered nearly 60 years ago in the jellyfish Aequorea victoria, it transformed biological imaging. Fluorescent proteins (FPs) respond to specific wavelengths of light by emitting light of their own, of a different colour; by tagging proteins of interest with FPs, scientists can track and quantify them inside cells, unlocking a wealth of possibilities. GFP and its different-coloured variants are still in use today, but when scientists snorkelling along Australia’s Great Barrier Reef noticed a jellyfish with an intriguing blue tinge (Aequorea cf. australis, pictured), they decided to investigate. Back in the laboratory, this close relative of A. victoria revealed a series of new FPs, including the brightest one ever found, and even helped researchers identify more FPs inA. victoria too. With a host of possible future uses, these new proteins highlight how much science can still gain from creatures yet to be discovered.