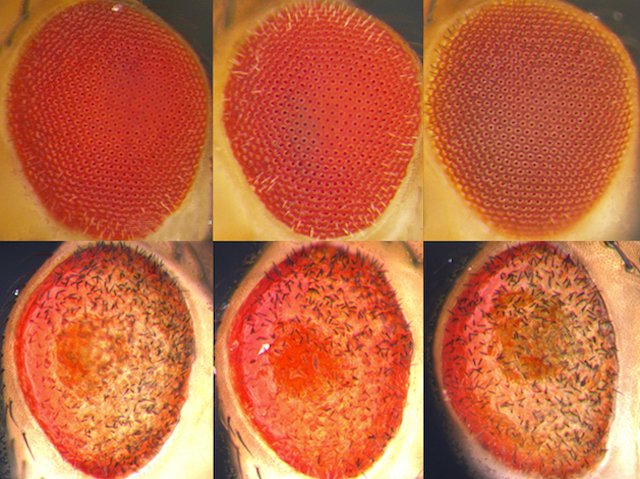 Up to one in 4,000 people in Europe are affected by retinitis pigmentosa (RP) – a rare genetic disorder that affects the layer of light-sensing cells at the back of the eye (retina). Many people with the most common form of RP have a change in the gene encoding the light-sensitive pigment rhodopsin. These changes cause rhodopsin to fold into the wrong shape, triggering problems inside retinal cells and ultimately causing them to die. In search of solutions, researchers have been studying fruit flies to investigate the genes that help to get rid of misshapen rhodopsin. These images show how various combinations of changes in certain genes lead to different effects in the insects’ eyes. One of these genes, known as SORDD1, is particularly good at getting rid of faulty rhodopsin, so finding a way to encourage its activity could prove to be a way to treat RP in the future.