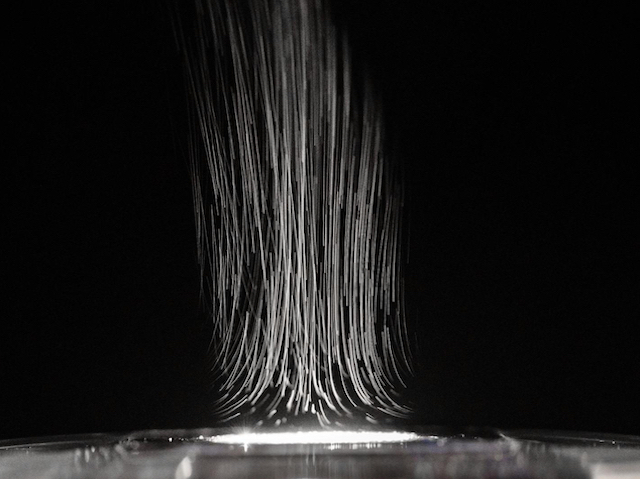 Shimmering on the surface of a distant puddle, water turns to steam, warmed by the sun’s energy. A similar form of evaporation is harnessed here – generating a plume of steam that can be cooled into high-quality drinking water. The design for this ‘steam generator’ features organic components – a light ‘aerogel’ peppered with organic molecules that absorb up to 99% of the sun’s energy, while at the same time soaking up water from beneath. Exposed to the trapped heat, the water quickly evaporates to steam, leaving impurities – like salt or dirt – behind. The device is cheap to make, raising hopes for widespread use in desalinating water in parts of the world where potable water is scarce, currently affecting over two billion people.