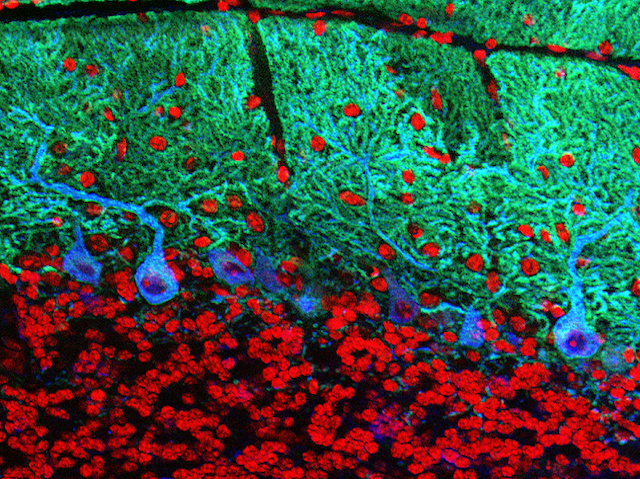 Extreme cold or overwhelming fear might make you shiver or tremble. But if those temporary shakes lasted for any significant time, they’d become a debilitating problem. Tremor, the uncontrolled shaking of part of the body, is the most common movement disorder, but treatments are limited by our incomplete understanding of the brain mechanisms behind it. A new study has revealed that Purkinje cells (blue in the mouse cerebellum pictured) are involved. Purkinje cells send regular signals to other areas of the brain, and when these were blocked, tremors in mice stopped. Closer inspection showed that tremors start when the regular signals are modified to send in sporadic bursts. The researchers were able to reduce tremor by targeting the cerebellum with deep brain stimulation – a treatment sometimes used on other areas of the brain – and trigger tremors by altering these cells’ behaviour. This deeper understanding may help get tremor under control.