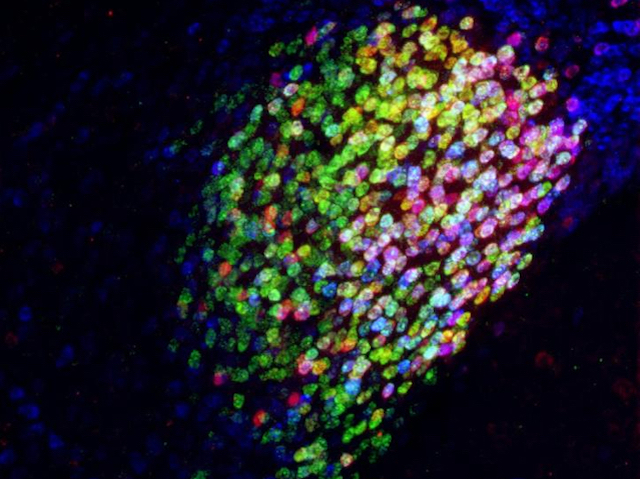 Cluster of brain cells identified that can turn off pain

These coloured spots are nerve cells in part of the brain called the central amygdala, taken from a mouse. While this region has long been known to be involved in controlling negative emotions and responses to stress, scientists have now discovered that it plays an important role in sensing pain too. Using genetic engineering techniques that can switch nerve cells on or off in response to light (a technique known as optogenetics), researchers found that the central amygdala sends out signals that switch off several other parts of the brain involved in responding to pain. Previous studies have tended to focus on regions of the brain that are activated in response to pain, but this is the first cluster of nerve cells that have been shown to actively switch off pain responses. Finding ways to trigger soothing signals from these cells could point towards new ideas for powerful precision painkillers.