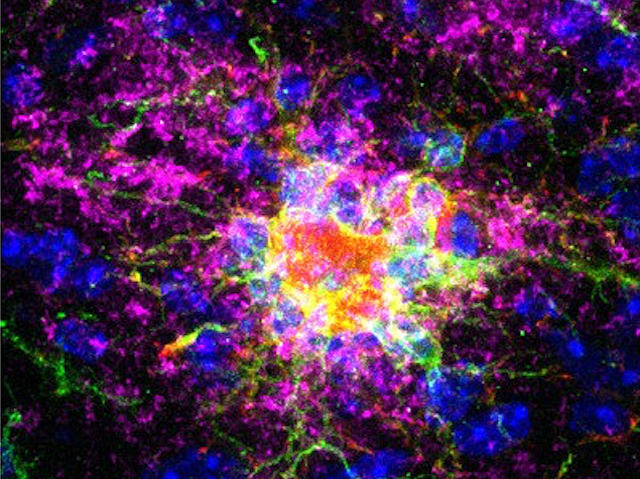 While neurons are the most commonly talked about brain cells, the other half of the brain is made up of cells that support and protect neurons, called glia. For example, microglia find and clear away infections and damaged cells. Toxic material can build up when microglia stop functioning properly, which could explain the distinctive protein clumps called amyloid-β plaques found in patients with Alzheimer’s disease (AD). Recently, neuroscientists set out to understand why these crucial support cells are impaired in AD by studying mice genetically modified to develop the disease’s hallmark symptoms. They found functional defects as well as changes to certain proteins in mouse microglia (shown here in red and green) soon after plaques (purple) started accumulating in the brain. In future, changes to microglia function and structure as the disease starts spreading through the brain could be a sign to look for in people at risk for AD.