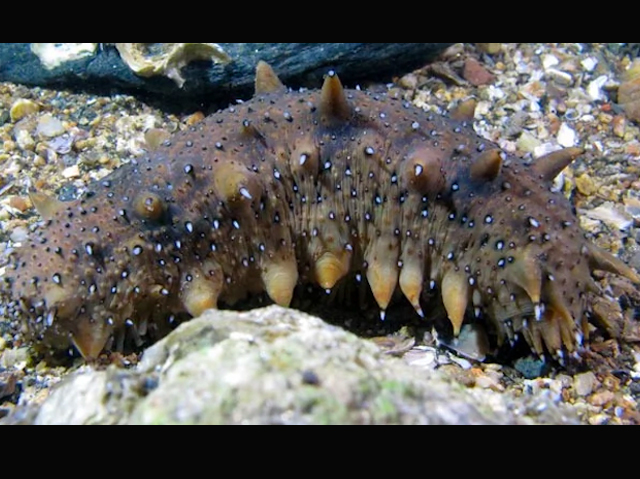 We share a vital molecular system with sea cucumbers, proving its ancient origin

You’re more closely related to this squishy sea cucumber than you might think – or, at least, some of your hormones are. Scientists have discovered that a group of molecules that help to control hormones in humans and many other animals with backbones (vertebrates), known as the kisspeptin system, are also found in spineless (invertebrate) sea cucumbers. Because the split between vertebrate and invertebrate branches of the tree of life happened around 500 million years ago, the discovery suggests that the kisspeptin system has very ancient roots. Kisspeptins are involved in regulating sexual reproduction, energy production, the immune system and many other important jobs in humans as well as sea cucumbers. Amazingly, putting sea cucumber kisspeptin-like chemicals into human cells grown in the lab showed that they triggered the release of calcium, just like human kisspeptins would, proving that little has changed in this system over millions of years of evolution.