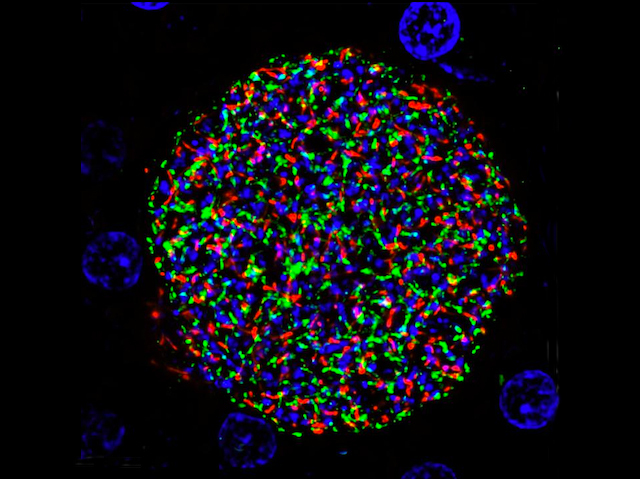 Developing vaccines requires a careful balance – altering a dangerous pathogen in such a way that it’s harmless to inject, but retains enough of its identity to arouse the suspicions of the body’s immune system. The hope is that our immune cells not only make antibodies to defeat the 'dummy' pathogen, but keep a sort of cellular memory, responding swiftly to the same invader in future. Here researchers inject a form of Plasmodium falciparum, a parasite that causes malaria, into a mouse. The parasite has been genetically attenuated (GAP) – removing a gene called Mei2 leaves it alive but trapped in the mouse’s liver, unable to pass into the blood where it might cause disease. Brightly coloured stains highlight different aspects of the hampered pathogen, helping scientists decide if it can serve as a faithful template to prepare the mouse’s immune defences – a step towards trials of similar GAP vaccines in humans.