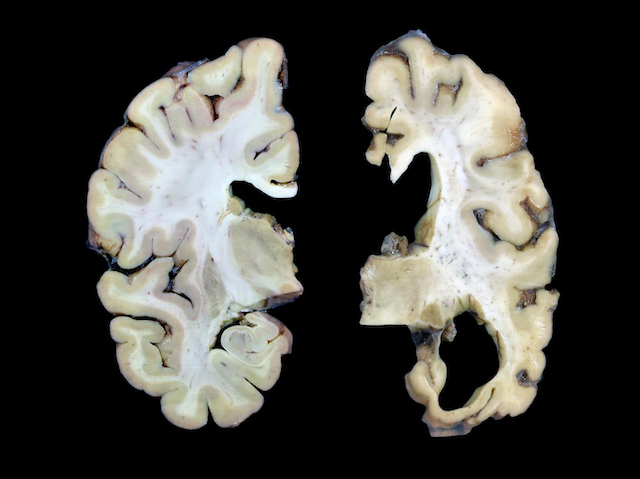 A $40.5 million scientific collaboration aims to identify which brain cells are at the root of Alzheimer’s disease. Pinpointing exactly where and how the disease begins could allow scientists to identify targets for new treatments. Researchers at The Allen Institute, Washington, will analyse post-mortem tissue from the brains of around 100 people, ranging from those with little to no sign of the disease (left), to those in the later stages, who typically show substantial loss of brain tissue (right). Aiming to identify which cells are vulnerable to damage in the earliest disease stages, the team will study changes in the cell’s genetic activity and create high-resolution maps of brain cells, depicting how they degrade with progressing disease. They'll also investigate why some people appear to have a natural resistance to developing the plaques that are characteristic of Alzheimer’s disease, and why others develop plaques but not dementia.