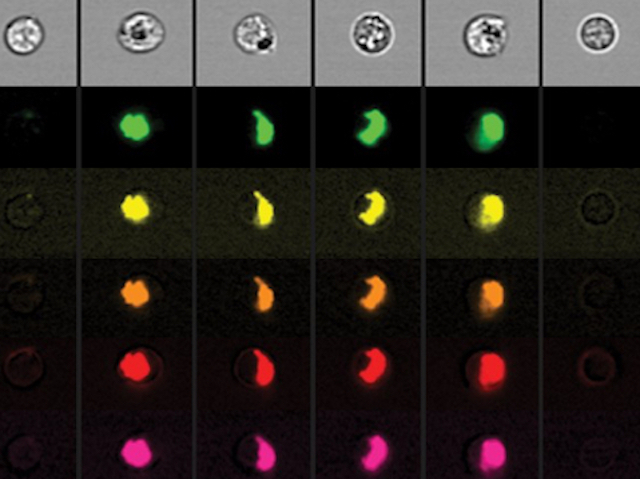 The brain’s microglial cells wear many hats, from supporting neurons and fighting against microbes to clearing away debris and dead neurons. For many years, we thought that all microglia perform these different roles. However, scientists have recently shown that there are in fact two types of microglia. Using imaging flow cytometry to study microglia in animal brains (example cells shown here in each column), they found that 70% of microglia were ‘autofluorescence-positive’ (middle columns), meaning they absorbed light and emitted certain colours. The remaining 30% didn’t emit any light (left and right columns). Digging deeper, the team found that compared to autofluorescence-negative microglia, autofluorescence-positive microglia contained more proteins that help store and clear cell waste. These microglia could hold the key to new therapies that prevent the accumulation of cellular waste, which is known to lead to diseases of the brain as we age.