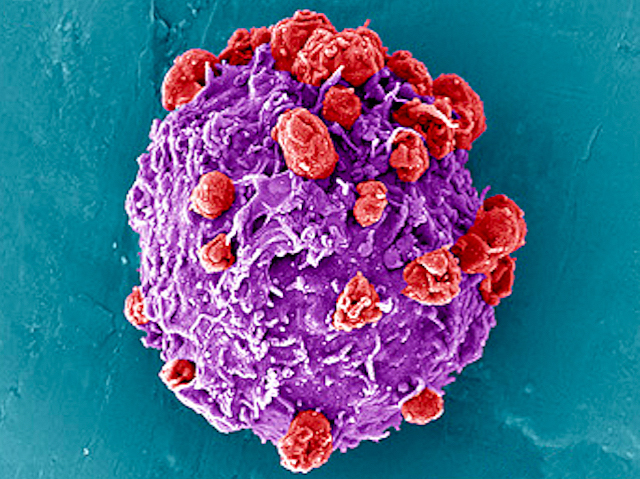 Platelets are tiny blood cells that usually glide through the bloodstream on the prevailing current like an empty canoe drifting down a river, but researchers are trying to find ways to load them with precious cargo and a motor to steer them with greater precision. By loading a platelet up with disease-fighting drugs and coating one side of it with a particular protein, a new technique powers them against the current and directly to wherever they’re needed most. In lab tests, the coating reacted with the body’s natural waste fluid and fizzed the platelets (pictured, red) forward, until they reached and locked on to a set target, such as a cancer cell (purple). This approach, harnessing the body’s natural tools, to precisely deliver drugs avoids the problems of compatibility met by attempts to use artificial nanorobots instead, and could help turn the tide against hard-to-reach conditions like cancer.