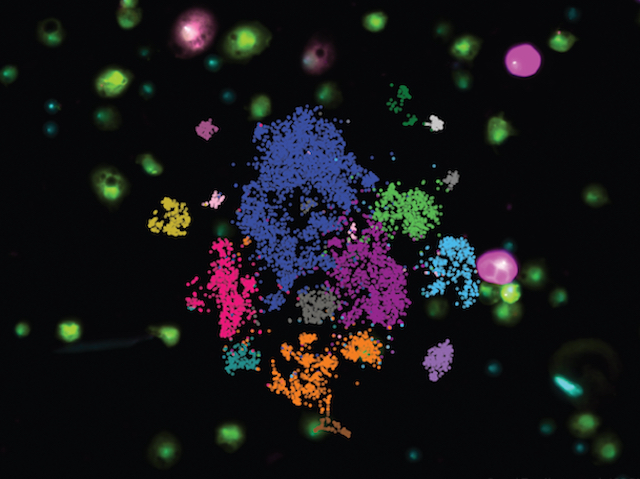 For a long time, scientists thought that there were only three types of blood cell in fruit flies, each produced at different points in the journey from larva to adult insect. Then a team of curious researchers decided to take a closer look. First, they purified nearly 20,000 individual cells from the blood of fruit fly larvae that were either healthy, had been parasitised by wasps or damaged with a fine needle. Analysing the patterns of gene activity in each cell using a technique called single cell sequencing revealed 16 distinct clusters, each representing a distinct population of cells (the different coloured clusters in this graphic representation of the data). Fruit flies are a widely used model organism in biomedical research, including studying immune responses to injury and infection, so mapping the true complexity of the fly immune system is an important step forward in understanding these seemingly simple animals.