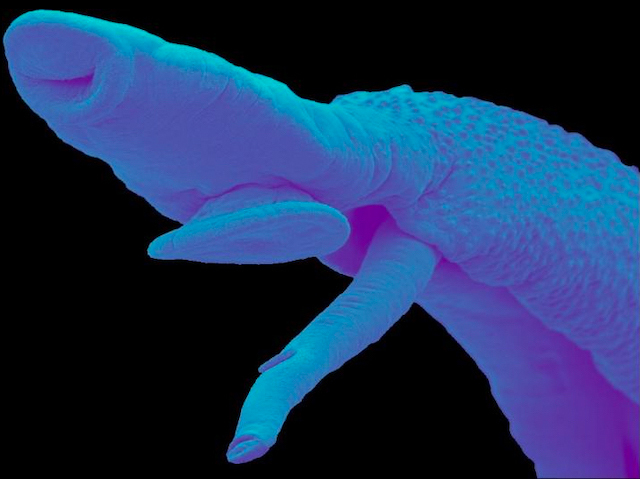 This couple (male above, female below) made a comfortable home in the human liver before starting their family. Their offspring left home as eggs, hitching a ride in some faeces and, once outside the body, found new digs inside a freshwater snail – it’s just what their parents would have wanted. Inside snails, young Schistosoma mansoni develop into larvae (or cercariae) that, when released, infect humans by burrowing through the skin. The human phase of this parasitic worm’s complicated lifecycle can cause schistosomiasis disease, which kills up to 250,000 people a year. Yet surprisingly little was known about the parasite’s genetics until recently. Now, scientists have identified more than 250 genes essential for schistosome survival, as well as several pharmaceutical compounds that target proteins produced by these genes. The next steps will be to develop these compounds into novel treatments that stop the worms becoming deadly tenants to their human hosts.