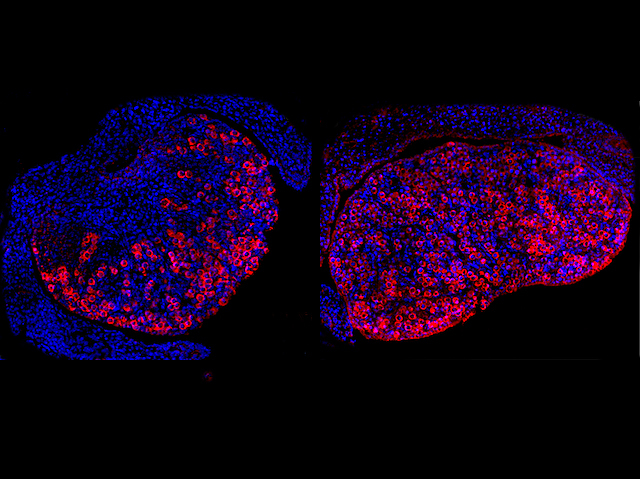 Female mammals, including humans, are born with a fixed number of egg cells (oocytes) in their ovaries. These oocytes are first laid down during development in the womb, eventually becoming the supply of egg cells that must last a lifetime. Curiously, most of these oocytes will die before the animal is even born. Researchers have discovered that two genes called Chk1 and Chk2 play an important role in eliminating egg cells that have accumulated lots of damage to their DNA. These images show ovaries from female mouse foetuses, with cells containing damaged DNA highlighted in red. The ovary on the left is from a healthy mouse, while the one on the right has an alteration in Chk2, leading to the accumulation of damaged egg cells. Knowing how the number of egg cells is controlled and the genes involved could shed light on ways to help human fertility in the future.