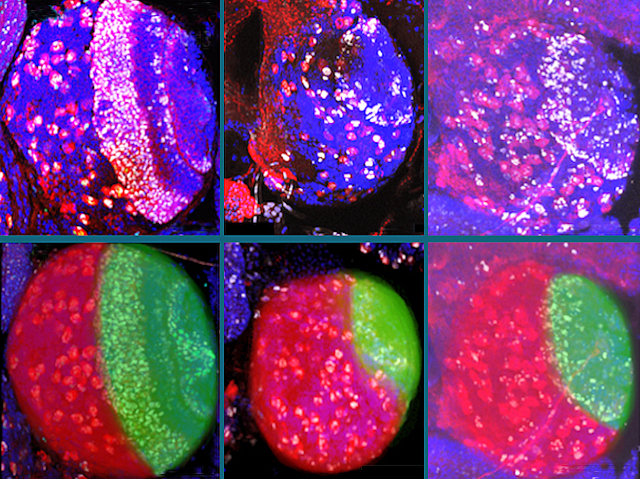 Gene Mms19 has a key role in cell division

Cell division – the splitting of one cell into two – is the most fundamental process of life. Every living thing depends on it, from the tiniest bacteria to the biggest whale, and it’s vitally important that cells divide properly when and where they’re needed. Problems with cell division in animals can result in misshapen or missing body parts, while over-proliferation leads to cancer. These images show stem cells in the brains of developing fruit flies, stained using fluorescent dyes that highlight different structures. Researchers have discovered that alterations in a gene called Mms19 cause changes in cell division, leading to abnormally small brains (centre and right-hand panels) compared with normal flies (left). This is a new role for Mms19, which was previously implicated in repairing damaged DNA, opening up exciting new avenues for studying and potentially treating human health conditions caused by faulty cell division, such as cancer or brain diseases.