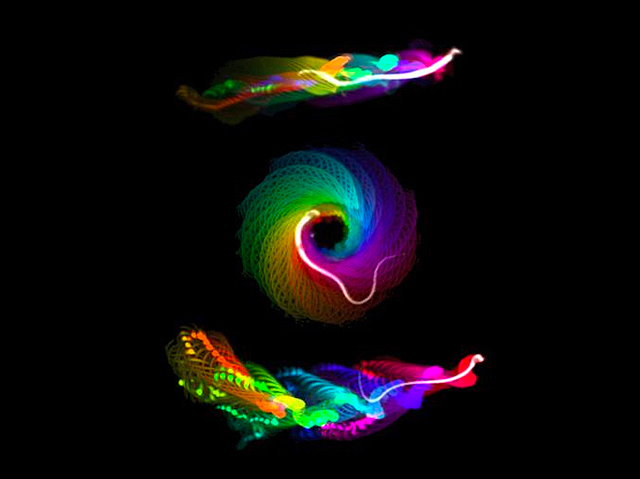 Sperms are simple structures. They consist of a head, containing the genetic payload, and a tail that beats furiously to power the cell to its destination – the egg. The tail is packed with scaffold structures called microtubules that move together in a precisely coordinated fashion to ensure the sperm swims in a straight line (top). And recent research is uncovering the molecular requirements for this precision. Scientists have found that tubulin – the primary component of microtubules – undergoes a molecular modification called glycylation that’s essential for associated motor proteins to power the coordinated movements. Interrupting the glycylation process in mice caused the animals’ sperms to swim haphazardly – such as at tangents (bottom), or round in circles (middle) – and reduced fertility as a result. Since human sperms are similar to those of mice, the findings could proffer insights into male infertility caused by wayward swimmers, as well as ways to fix it.