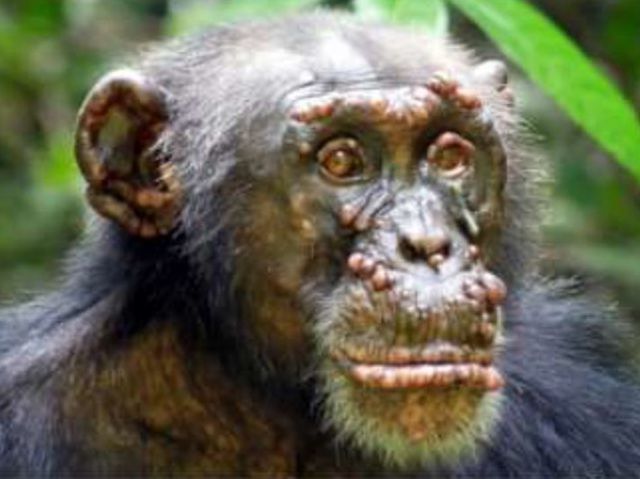 In a year when the links between human health and wildlife have been heavily scrutinised, biologists report evidence of a human disease, leprosy, affecting wild chimpanzees. Caused by infection with the bacteria Mycobacterium leprae or M. lepromatosis, leprosy was notoriously feared and stigmatised throughout history, although it's now rarer and treatable. Infections have been recorded in nine-banded armadillos and red squirrels in the wild, and several primate species in captivity, but these recent cases in West Africa are the first documented in wild primates. Direct monitoring and camera-traps tracked symptom development in multiple individuals (including a male named Woodstock, pictured), and sampling from faecal matter and post-mortem tissues revealed two independent strains of M. leprae. These strains are rare in humans, suggesting they may have come from another wild source – an important finding with implications for our understanding of leprosy, and the health of both chimpanzees and local people.