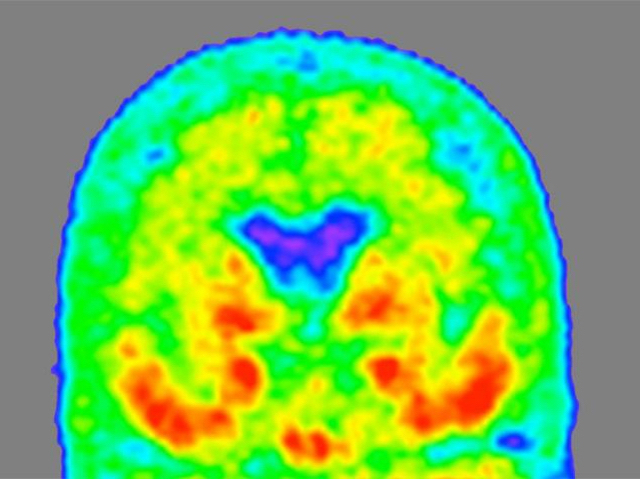 The progressive dementia suffered by Alzheimer’s disease patients is believed to be driven by a continuous build up in the brain of protein debris known as amyloid plaques and tau tangles. Of the two, tau tangles (shown red in this patient’s brain) have been found to correlate most tightly with cognitive decline. But, measuring a patient’s level of tau requires a brain scan, which is time-consuming, expensive, and not always readily available. The good news is that researchers have now identified a soluble form of tau in cerebrospinal fluid, the levels of which correlate with those seen in the brain and with cognitive impairment. Because sampling spinal fluid is more feasible that performing brain scans, doctors should have a quicker and easier way to diagnose people at the early stages of disease, track their progress, and gauge whether a given treatment is actually slowing or stopping pathology.