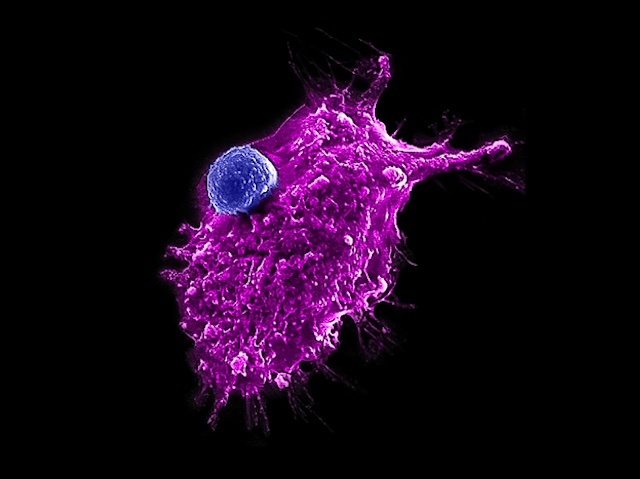 In addition to surgery, radiation and chemotherapy, there are now immunotherapies available for treating certain cancers. Some of the most promising involve the isolation, reprogramming and reintroduction of a patient’s own immune cells. Because this is a costly and lengthy procedure, researchers are also attempting to develop an off-the-shelf version using a type of cell that can be transplanted into anyone. Invariant natural killer T (INKT) cells fit the bill, because unlike other immune cells, they don't attack recipient tissues when transplanted into patients – a condition called graft-versus-host disease. These cells are effective at killing human cancers in mice – one is shown, blue, attacking a cancer cell, purple – and can be grown and engineered in culture to make thousands of doses from one donor blood sample. With such a promising preclinical start, the next step is to develop INKT technology for safe use in humans.