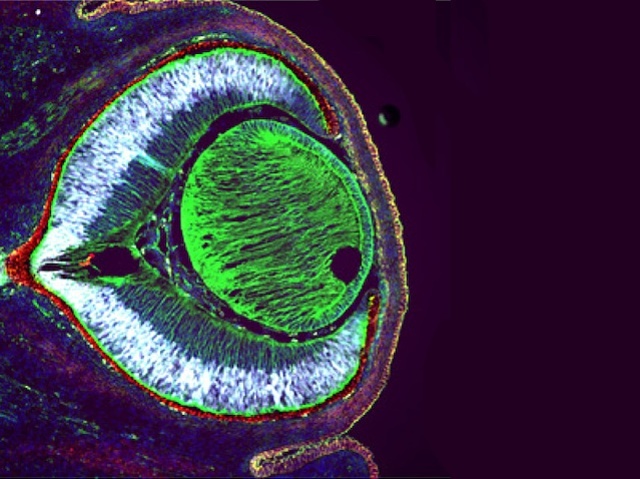 Further insight into the details of vertebrate eye development

A newly conceived embryo’s eyes start to develop around five weeks. Layers of cells fold inwards to create structures called the optic cups. These cells then start to mature and specialise as shown in the image: the green circular object is the developing lens; the white tulip-like region the developing retina; and the surrounding red layer contains protective pigmented cells. Here, scientists have identified a pair of chemicals with opposing gradients of concentration along the optic cup. How concentrated the chemicals are in the cells determines what genes are switched on and this, in turn, defines what type of cell they become. This study shows that the chemical gradients come from genes which are known to be evolutionary similar in humans, flies and even worms – further proof our eyes are not the product of intelligent design.