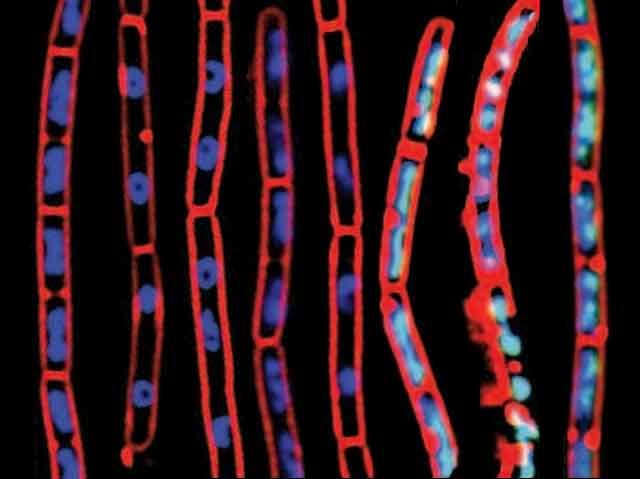 Over ten times as many bacteria live on your skin than there are stars in the Milky Way. Most of these tiny organisms help protect your body, but when we get sick, these guards are stood down allowing bad bacteria to infect. One such bacteria is methicillin-resistant Staphylococcus pseudintermedius (MRSP), which can jump from pets to humans and cause severe eczema in both parties. As MRSP evades common antibiotics, scientists have been searching for an effective treatment that fights bacteria with bacteria. They found their answer only a whisker away. A strain of bacteria in cats’ skin, Staphylococcus felis (S. felis), can kill the unwanted MRSP by producing antimicrobial substances that disrupt the cell membrane (shown in red) and region surrounding its genetic material (shown in blue). This image shows how the bad bacteria MRSP (untreated far left) is affected under different treatments, including the strain of cat bacteria, S. felis (second from left).