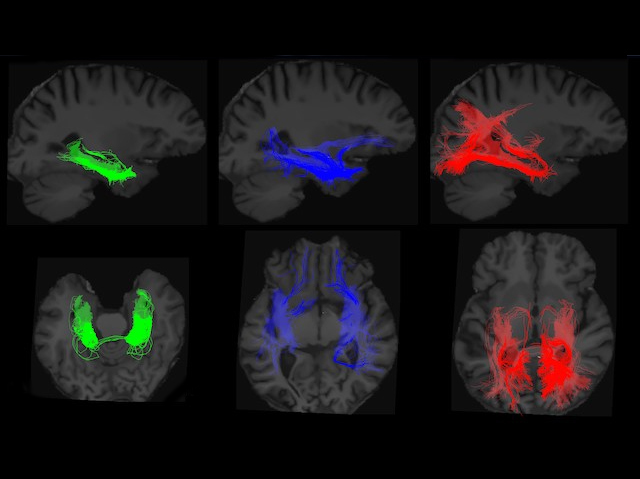 It's estimated that globally someone develops dementia every three seconds. For those living with Alzheimer’s disease, the build-up of toxic amyloid beta and tau proteins in their brain caused neurodegeneration and symptoms like memory loss. Recently, neuroscientists sought to understand exactly how tau proteins cause memory loss by studying the medial temporal lobe (MTL), a brain area important for cognition and memory. By analysing two-years’ worth of magnetic resonance imaging data from individuals with and without memory impairments, the team were able to show that the MTL’s structural integrity and its connections (shown here in green, blue, and red) worsened in participants who, at their first brain scan, had tau proteins in the fluid surrounding their brain and spinal cord. This deterioration also correlated with increased memory loss over the two years. If replicated on a larger and longer scale, these findings could in future help predict memory loss in Alzheimer’s.