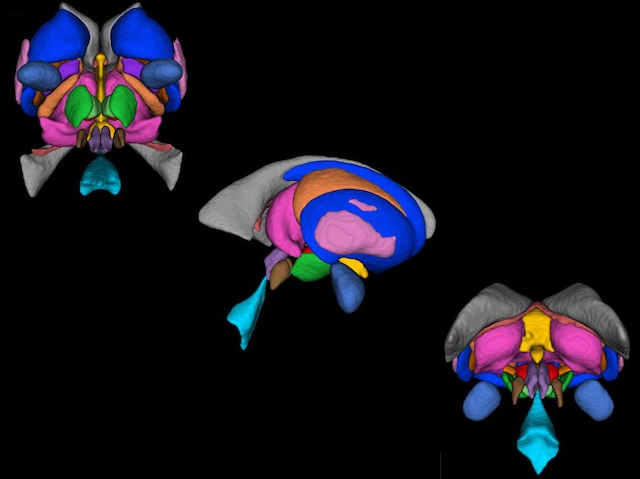 When we think of the brain, we typically conjure images of a walnut-like ball made up of folds and cervices. But located deep within the squishy exterior is the often-overlooked subcortex, a collection of small structures that act as relay stations for all information going to the brain. Despite their vital role in our central nervous system, since sub-cortical structures are so small it has been very difficult for scientists to identify them using traditional magnetic resonance imaging (MRI) maps. However, this process may now be easier thanks to a new open-source algorithm developed by team of scientists. The method can automatically identify and label up to 17 sub-cortical structures in MRI images, shown here with each structure represented by a different colour. The team hope that this algorithm will encourage other researchers to study in more detail the largely uncharted territory that is the human subcortex.