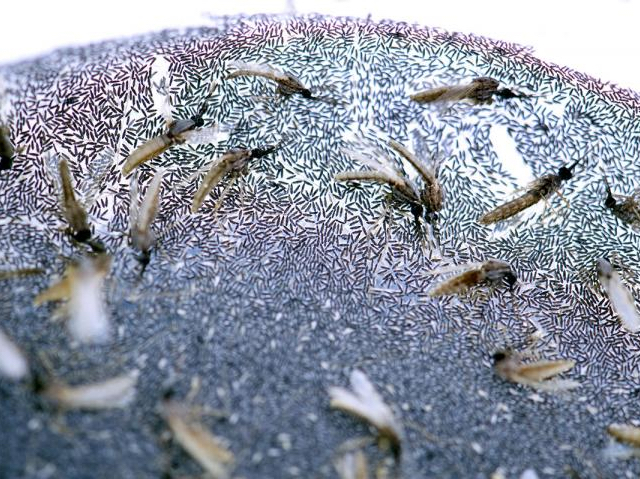 With 94% of the estimated 229 million cases reported worldwide in 2019, Africa bears the brunt of global malaria infections. Local mosquito vectors, particularly species in the Anopheles gambiae cluster, are already highly effective transmitters of the Plasmodium parasites responsible for the disease, but a new arrival could pose an even greater threat. A mosquito native to India and the Middle East, Anopheles stephensi (pictured, with eggs), is moving in, causing a major malaria outbreak in Djibouti City in 2012, then reaching Ethiopia in 2016, and Sudan in 2019. Unlike native mosquitoes, largely restricted to rural locations, this species thrives in the polluted waters of urban environments, while recent research has confirmed its capacity to efficiently transmit local Plasmodium parasites. Whereas malaria in Africa has traditionally been a largely rural problem, this invasive species puts the continent’s increasingly urban population at greater risk, prompting urgent calls for action.