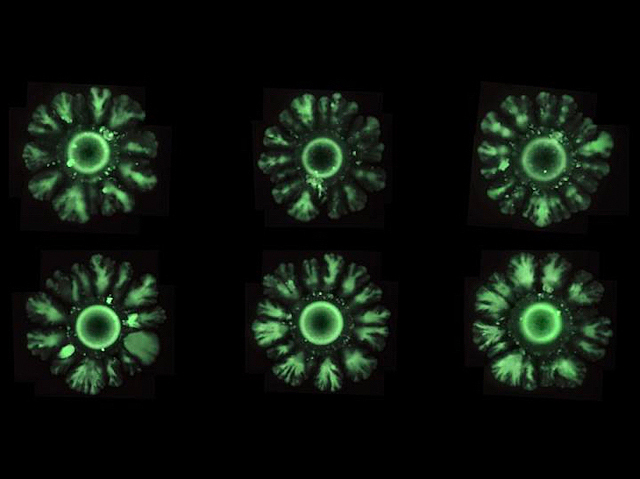 In 1952, the mathematician Alan Turing published a paper explaining how biological systems could spontaneously create patterns simply through the interactions of different molecules. Although it took many decades for Turing’s idea to be proved right, we now know that these patterning processes are involved in many parts of life, from creating the stripes on a fish’s body to shaping the parts of a developing embryo. To find out more about how these patterns work, researchers have used genetic engineering techniques to create ‘designer’ bacteria. The bacterial colonies seen in this image should just grow as regular circles, but instead they generate these flower-like structures due to the kinds of Turing patterns that would normally be seen in more complex systems like fruit flies or even humans. These designer bugs offer a new way to study how patterns and structures are created in living organisms, including within our own bodies.