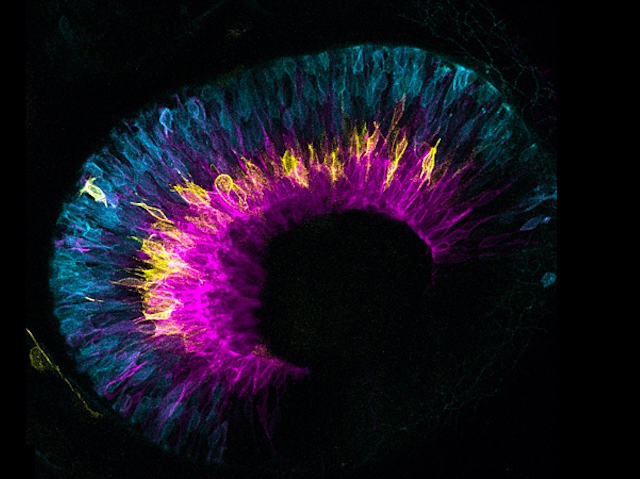 Unequal cell division is vital for normal development of the retina

These colourful structures (fluorescently tagged) are the precursors of the light-sensitive nerve cells found at the back of the eye, called the retina. Light coming into the eye hits these cells, triggering nerve impulses that go to the brain where they’re interpreted to build a picture of the world around us. These particular cells are in the eye of a developing zebrafish embryo, which researchers are using as a stand-in for humans to understand more about how these cells divide and specialise during the earliest stages of life. Each of these nerve cells divides unequally, creating different ‘daughters’. This process builds up layers of cells in the retina with distinct properties, which is essential for it to function properly. Researchers have discovered that a gene called Notch plays an important role in controlling these unequal divisions, although in a different way than previously thought, revealing new insights into how eyes are made.