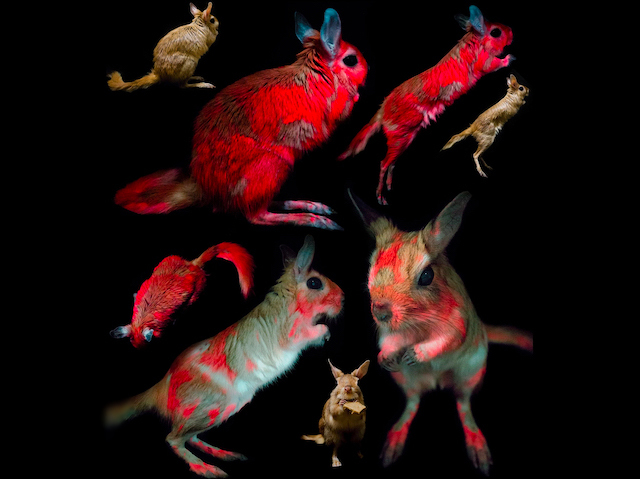 Fluorescent molecule found in the hair of springhares

Living in the fading light between day and night, crepuscular mammals hunt while trying to avoid becoming prey themselves. Some have evolved a genetic trick – they use the twilight rays to trigger flashes of biofluorescence – bright chemical signals that are invisible to some prying eyes (including ours). While studying fluorescent squirrels, researchers discovered also this springhare (Pedetidae) produces orange/red fluorescent light (artificially-coloured here). They found this funky biofluorescence occurs in both males and females and survives in fur up to 50 years after death – the researchers are now delving into the mixture of light-emitting molecules hidden the hare’s hair. Aside from learning more about how mammals communicate with light, such novel molecules may one day by extracted and used in molecular biology to dye samples under a microscope, perhaps alongside those found in other species. Makes you wonder – how many others are out there, twinkling in the twilight?