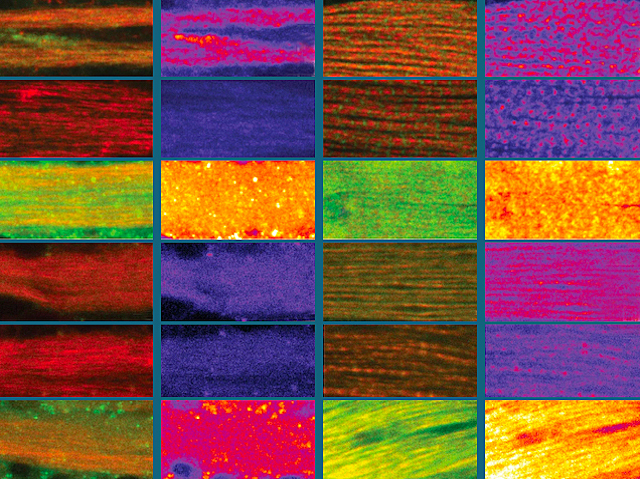 Muscles are incredibly complex structures made up of long fibres, each up to several centimetres in length and packed with tiny strings known as myofibrils, which contract to generate muscular force. Building such complicated structures as an embryo grows into an animal is no easy task, so researchers are studying fruit fly wing muscles to figure out exactly which genes are involved and how they all work together. Some of the most important players are a group of genes that collectively form what’s known as the Hippo pathway: a series of interacting processes that control cell growth in many animals, including humans. These microscope images show muscles from fruit flies with various alterations in a key gene in the Hippo pathway known as Yorkie. Understanding how Yorkie and its partners work in muscle growth in flies helps to shed light on what’s going on during human muscle development and disease.