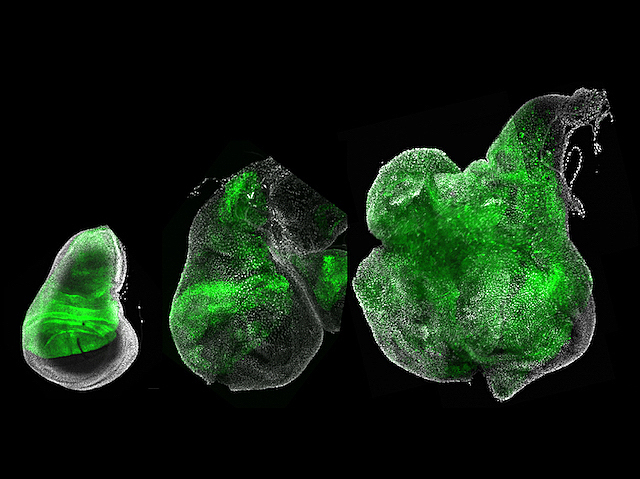 Deep inside a fruit fly larva are the cellular ‘seeds’ of the adult insect: structures known as imaginal discs, which sit quietly until it’s time to transform into a fly. In the meantime, it’s vital that these important cells are maintained and protected to avoid causing problems in building an adult body. On the left is the wing imaginal disc from a normal fly, while the one in the middle is lacking a gene called headcase and the one on the right also has an extra dose of another gene that has been implicated in cancer. Researchers have discovered that headcase helps to protect imaginal disc cells from stress, and also triggers them to develop into adult structures. Versions of headcase are found in many other animals, including humans, so it could be playing a role in protecting our cells from stressful conditions that can induce the growth of cancer.