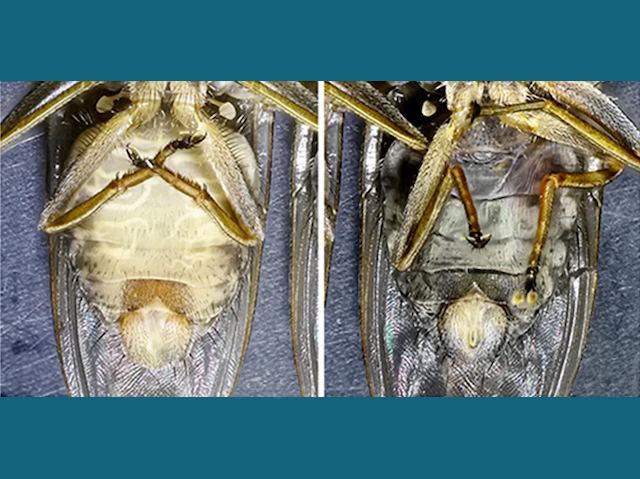 These creatures are tsetse flies – biting insects that transmit the parasite causing sleeping sickness (trypanosomiasis), which can be fatal for humans and animals. There is no vaccine so the best chance of controlling the disease is to get rid of the flies. However, the pesticides that are often used to kill tsetse flies also harm pollinating insects such as bees, so the hunt is on to find a more environmentally-friendly alternative. Researchers have discovered that an existing, safe drug called nitisinone can kill tsetse flies but doesn’t harm bees. It works by blocking the breakdown of a molecule called tyrosine, which is found in the blood on which tsetse flies feed. Tyrosine quickly builds up in treated flies and poisons them (right, compared with an untreated fly on the left). Giving people and animals nitisinone in areas affected by sleeping sickness could help to stop the spread of the disease.