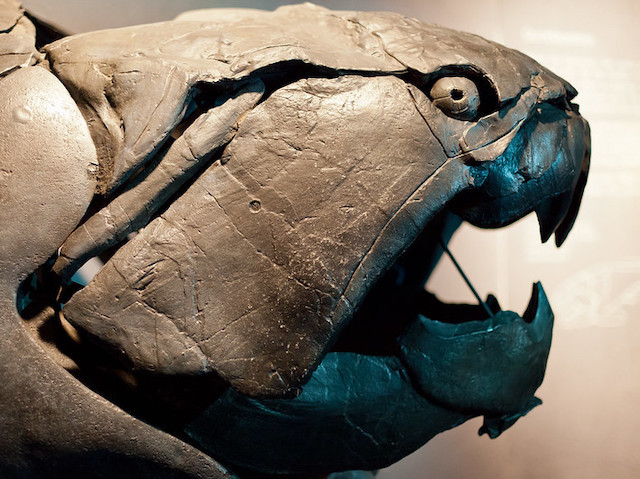 Luckily for its prey, this fearsome beast is no longer around. This is a reconstruction of the skull of a Dunkleosteus, a primitive fish known as a placoderm that lived around 350 million years ago. Species of Dunkleosteus were the biggest placoderms to have ever existed, with the largest growing nearly nine metres in length and weighing up to four tonnes. Placoderms were the first jawed fish and are the ancestors of all jawed animals with backbones (vertebrates), including humans. Studying the similarities between the bones of different ancient animal species helps us to understand the evolutionary origins of the species alive today and the relationships between them. However, it can be difficult to figure out these relationships based on a relatively small number of fossils. A new analysis of placoderm jawbones suggests a different evolutionary trajectory for jawed animals than previously thought, shedding new light on our ancestral origins.