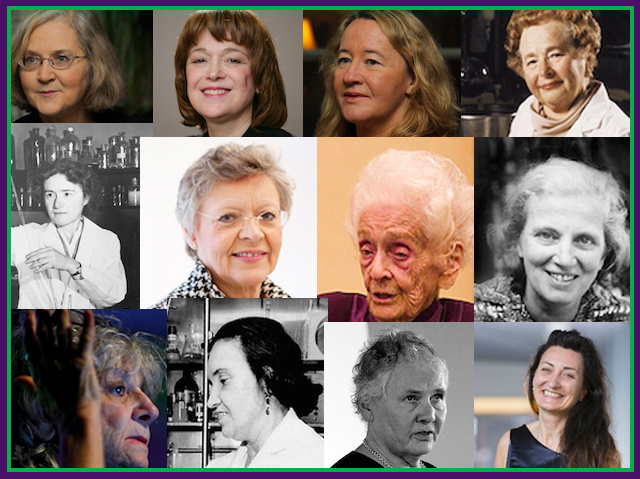 Today is International Women’s Day – celebrating women’s achievements and promoting gender equality. On BPoD, we’ve featured a dozen women Nobel laureates over the years – that’s more than half of all women awardees among the 624 winners in the physics, chemistry and medicine or physiology categories. Left to right, Elizabeth Blackburn, Linda Buck, Carol Greider, Gertrude Elion, Gerty Cori, Françoise Barré-Sinoussi, Rita Levi-Montalcini, Dorothy Hodgkin, Ada Yonath, Rosalyn Sussman Yalow, Christiane Nüsslein-Volhard and May-Britt Moser. Today is also the 10th anniversary of the Suffrage Science Schemes founded by the MRC London Institute of Medical Sciences to inspire women in science and encourage aspiration to senior leadership roles. Every two years a unique piece of jewellery designed by students of Central St Martins-UAL, specially commissioned at the inception of the schemes, is passed as an heirloom from one cohort of women scientists to their nominated recipients. There’s now an international ‘family tree’ of Suffrage Science awardees, a growing inspirational network.