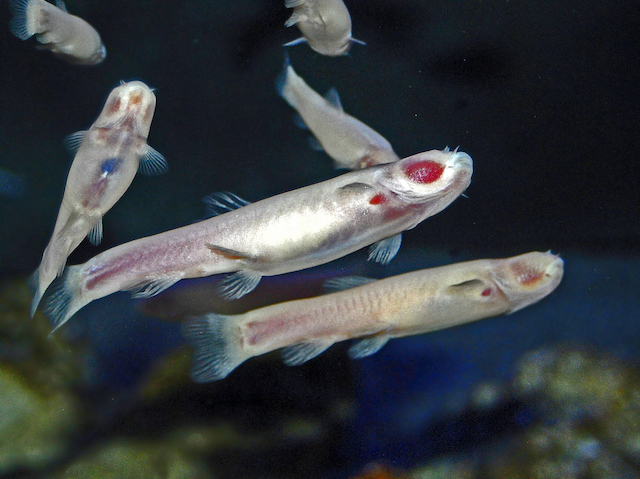 Three million years without sunlight has made a big impact on these Somalian cavefish, which live in complete darkness in underwater caves. Not only have they lost their eyes and skin pigmentation, but evolving in the dark has had an impact on the inner workings of their cells too. Cavefish obviously don’t suffer damage to their DNA from the ultraviolet rays in sunlight in their deep, dark homes, so they’ve lost the main light-dependent molecular repair ‘toolkit’ that other surface-dwelling animals rely on to fix these faults, known as photoreactivation DNA repair. However, they still retain a different mechanism known as nucleotide excision repair, which can be switched on if the cavefish are exposed to light. Comparing these processes in cavefish with the DNA repair systems in daylight-living zebrafish helps to illuminate the changes that have happened during their evolutionary journey over millions of years in such a strange environment.