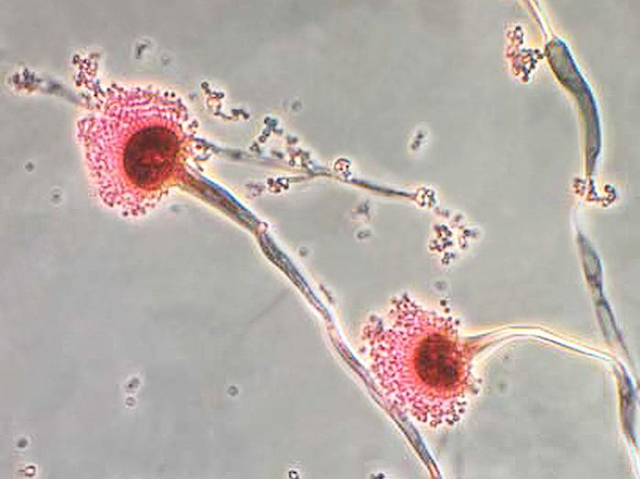 The fungus Aspergillus fumigatus (pictured), found in soils and decomposing vegetation, is so widespread in nature that practically every human regularly inhales its airborne spores. While healthy immune systems simply eliminate these spores, those weakened by immunosuppressant drugs, or diseases like AIDS or leukaemia, can fail to clear the fungus and allow a potentially deadly infection to take hold. In fact, A. fumigatus kills several hundred thousand people worldwide each year and is becoming increasingly resistant to antifungal medications. Researchers have recently discovered an enzyme on the surface of the fungus, called NADase, which destroys a molecule (nicotinamide adenine dinucleotide) critical for host cell survival and thus is likely to contribute to the fungus’s pathogenicity. Indeed, several pathogenic bacterial species also produce NADase. With this new information, researchers have both a better understanding of A. fumigatus pathology and a better chance of designing effective new drugs against it.