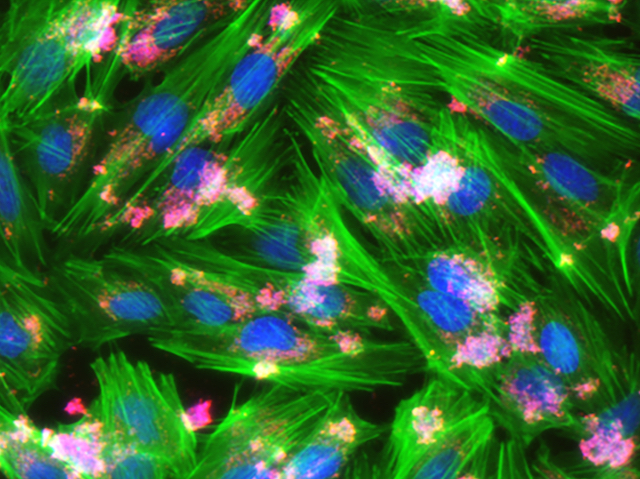 Catching a bacterial infection can be stressful, not just for you but for your cells too. These lab-grown human cells have been infected with Bartonella bacteria (pink) – an increasingly important infectious bug that causes several diseases in humans. Bartonella can be transmitted by biting insects, such as fleas or lice. It can also be caught through animal scratches, leading to so-called ‘cat-scratch disease’, which can be very serious in people with weakened immune systems. Researchers have discovered that Bartonella bacteria produce chemicals that hijack the normal processes inside cells, activating the formation of stress fibres (green). These fibres disrupt the normal structures inside cells so they break up into pieces when they try and move. In turn, this disrupts the regular structure of tissues, allowing the infection to spread deeper into the body. Understanding how Bartonella interact with our cells could point towards targets for developing better antibacterial drugs.