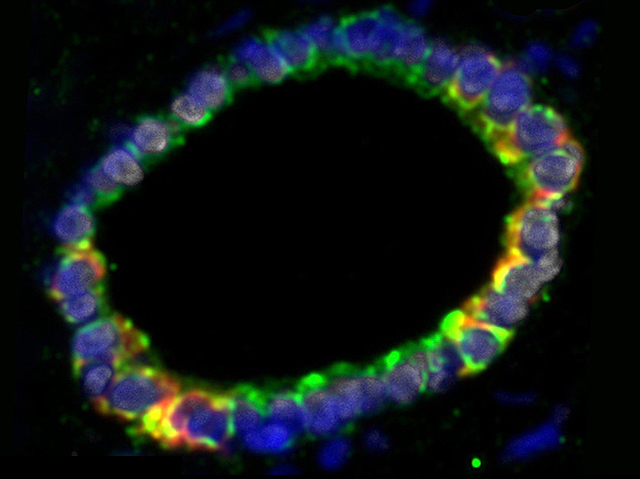 Right now, thousands of adults and children are on the waiting list for a liver transplant, and there is currently a serious shortage of donors. Around a third of adults and 70 per cent of children who need a new liver have incurable problems with their bile ducts – the network of tiny tubes that act as the liver’s waste disposal system. As an alternative to donor transplants, researchers are developing ways of growing bile ducts in the lab. Now they have succeeded. This image shows one of these lab-grown bile ducts, known as an organoid (‘mini-organ’), that has been grown using a system that's usually used to maintain donor organs outside the body. Importantly, these organoids can also be used to repair damaged human livers. Not only could this approach bring an alternative for people waiting for a new liver, but it could be applied to other organs too.