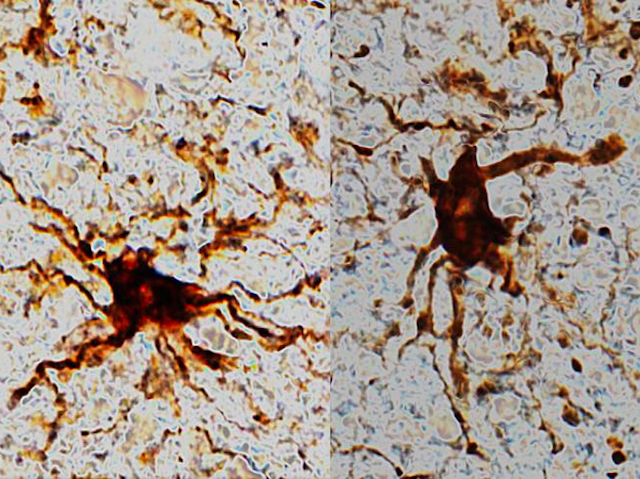 When a person dies, their cells don't all stop functioning simultaneously. In fact some, like the large cells in this tissue from a human brain, even start growing and activating genes. These so-called 'zombie cells' are a type of immune cell called glia, and researchers have discovered that, for many hours after death – defined in this experiment as the point when a section of living brain tissue was removed during surgery – the cells ramp up gene activity, grow in size and extend protrusions into surrounding tissue. While it’s not entirely surprising that immune cells, whose job it is to clear up tissue damage, become activated in this way, the specific details and time-frames of such postmortem changes had not previously been recorded. For neurologists studying brain pathologies, the data is likely to be a valuable resource for helping to distinguish normal postmortem events from those caused by a disease.