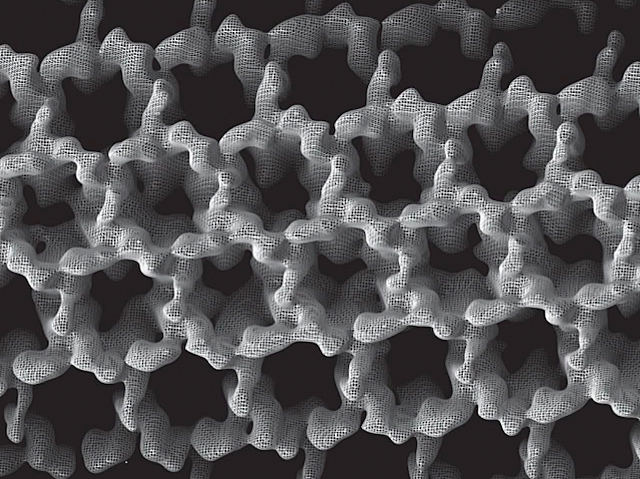 Viruses are audacious, they don’t just break in to host cells, they often hijack the host’s own machinery in order to replicate, then rip a chunk of its membrane away as they burst out, forming an envelope which helps them to spread. Aiming to block this trail of destruction, virologists scan the surface of this influenza C virus for clues to the molecules involved using electron cryotomography. After forming 2D pictures of structural details, a computer model recreates the details in 3D – showing this lattice structure formed by sugary glycoprotein called haemagglutinin-esterase-fusion factor (HEF). Researchers can now investigate how HEF helps the virus to attach to and destroy receptors on the host cell’s surface as well as pushing its way inside. Comparing differences with more harmful viruses like influenza A and B may help find ways to block their viral spread.